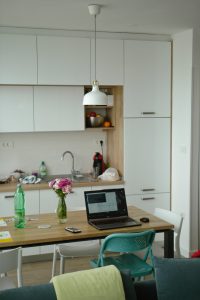 Photo by Nikola Balic on Unsplash

Do you ever wish that you could be a digital nomad? It is my heart's desire to just travel the world until I get tired.  I once thought that if you were officially "grown" with a mortgage, kids, and a full-time job then a life spent traveling was out of reach for you. NOTE: I said, "I once thought". Thankfully my point of view was changed through listening to podcast like Nomad Together, Nomadtopia, and The Offbeat Life.

Listening to these podcasts helped me discover that nothing is impossible if you want it badly enough. One obstacle for parents to living a Nomad life is schooling for their children. I discovered that many nomad parents homeschool or world school their children.

I have a disabled child who requires a lot of specialized medical care so that has cooled my Nomad thirst a bit. NOTE: I said it has cooled it but no extinguished it. Especially once I read the blog Have Wheel ChaIr Will Travel.

I currently work remotely for a major US employer and I am in the process of paying off all my credit cards, I have one and a half tasks completed. These tasks take me steps closer to my Nomad Dream. It is a big world and I long to see as much of it as possible.

Hello I am a single mother of four who travels the world on a budget. My hope is to inspire others to travel and live their best life. To date I have traveled to 13 countries on a modest budget. 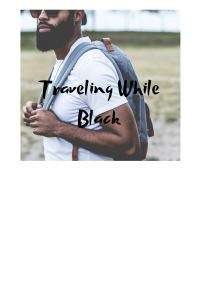 Photo by William Stitt on Unsplash

Judging from the comments I read in many of the travel groups I am a member of traveling while black is a concern of many black American travelers. Naturally, you look for people that look like you when you venture out into the world. I look for other faces like mine while traveling but if I don’t see any I don’t panic. The main purpose of my international travel is to experience other cultures and allow other cultures to experience me in all my melanin goodness. I think that some  American blacks fail to comprehend that some areas have limited or no exposure to other cultures. When you live in a homogeneous society sometimes your only exposure to people of color is via television and the dreaded “reality show”.

One thing that bothers me about some of the comments that I read is that the authors of these comments try to convince others not to travel to a particular place because the said place is not black folk friendly.

One particular place that is notorious for its anti-blackness is Italy.  I was shocked. I have been to Italy more than once and my first opinion of the Italian people was that they were the friendliest of all the countries we visited on that particular trip. We were kissed by our taxi driver, our hotel clerk went to the train station looking for us because my friend left her coat, shop keepers held lengthy conversations with us, and an elderly woman warned me about pickpockets on the train.

I realize that some ethnicities have experienced varying degrees of difficulty in Italy, but I do not believe that the entire country deserves to be banned or crossed off your bucket list because of it. We went to several different regions in Italy and I left feeling good about the country as a whole. Upon reading some negative comments about Italy, I called my friends who had traveled with me and asked them their opinion about our trip. I am fallible so I wanted other opinions to verify that my recollections we indeed accurate.  I do not want to attempt to downplay anyone’s experiences but what I have observed while traveling is that some American blacks draw a lot of attention to themselves when they travel. Sometimes this attention is not positive in nature.

I feel that we as American blacks are so shell shocked by trying to navigate the racism in America that we just automatically assume when we go to a new place that people treat us a certain way due to our skin color and in actuality, it is due to our nationality which is American.

Another region I have heard a lot of warning against is China. I have heard that the Chinese touch you, take pictures without permission etc. I have yet to venture to mainland China but I have been to Hong Kong. I will say that while I did not find the people of Hong Kong particularly friendly. I did not feel racially profiled or gawked at. I did have a street vendor come up and take a picture with me while I was trying to browse his cart. I am sure he just wanted a picture of a black girl. It just felt quirky. I thought who wants to take a picture with a random person they don’t know? I am sure if I had to endure that on a daily basis it would probably work my last nerve but it was one incident and I really didn’t feel one way or the other about it.

There are other regions that many have written off due to the perceptions of others in the black travel community but I implore every traveler to do their own research and take “opinions” with a grain of salt. If cultural understanding is the goal of your travels then you are going to have to step out of your comfort zone sometimes.

Read More about Have Melanin Will Travel: Traveling While Black

It is my desire to get through life with as few regrets as possible. Every day we are constantly reminded that we have a limited amount of time wither we like it or not. I was saddened by the news of the fire at Notre Dame. Construction of this cathedral began in 1345 and in 2019 it was nearly destroyed.

The tragedy of the fire at Notre Damme made me sad, it made me stop and think, and lastly, it made me glad. Glad that after so many years of wanting to go to Paris that I finally did get to Paris and I did see Notre Dame prior to the destruction that took place on April 15, 2019. Browsing the internet I noticed a lot of people commenting on how they wanted to see Notre-Dame and how they wished they would have gone prior to the fire. Living a life full of regret is no way to live. 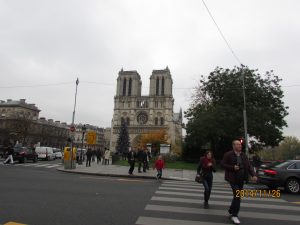 As for myself, I am sorry that it took a very big REGRET in my life to wake me up to the fact that I was wasting my precious days putting my desires off for another time. I am thankful for the awakening and I encourage everyone to lead a regret conscious life…meaning you are making the conscious decision not to accumulate a lot of regret in your life.

In time they will repair and rebuild Norte Dame but will it ever really be as it was? If you wanted to see Notre Damn and never got the chance. Make this one of your last regrets.  Go…See… Do all the things your heart has been dreaming of.  I leave you with this quote from ― Krishna Udayasankar

“No empire lasts forever, no dynasty continues unbroken. Someday, you and I will be mere legends. All that matters is whether we did what we could with the life that was given to us.” 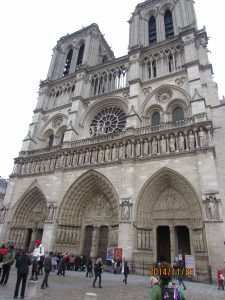 Read More about A Life of No Regrets: A lesson from Notre Dame 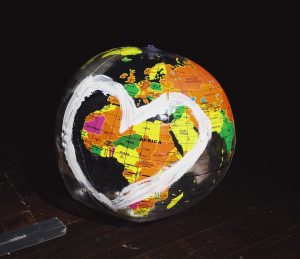 Photo by Brandi Ibrao on Unsplash

I choose to make travel a priority in my life because I feel that it is imperative for global understanding. When I travel it helps shine a light on my life and the world in general. The concept that stands out in my mind is that we (humankind) are more alike than we are different. Once you grasp this concept it becomes very easy to empathize with another person's plight. It is for this reason that I was glad to hear that my daughter's college required all freshman to possess a passport. (My daughter already had a passport)  The school's administration encouraged the students to be global citizens. I think that the reason the administration wanted the students to prioritize travel was two-fold. One, they wanted their students to think beyond their community. Two, I think they wanted their students of color to have more visibility on the global stage.

I consider myself to be a global citizen. I am concerned with events that happen not only in my own community but on a global scale as well. I think that my current world view has been cultivated by the amount of time I spend traveling. Whenever I return from a trip abroad I always feel more refreshed and more grateful than I felt before I left. I always return in awe of the beauty of God's handiwork. The spectacular landscapes humble me and the wonderful and friendly people I meet on my journeys leave me feeling hopeful about the future of humankind. For me, travel is a priority and not a luxury.

Read More about Why Travel Should Be a Priority

We use cookies to ensure that we give you the best experience on our website. If you continue to use this site we will assume that you are happy with it.OK